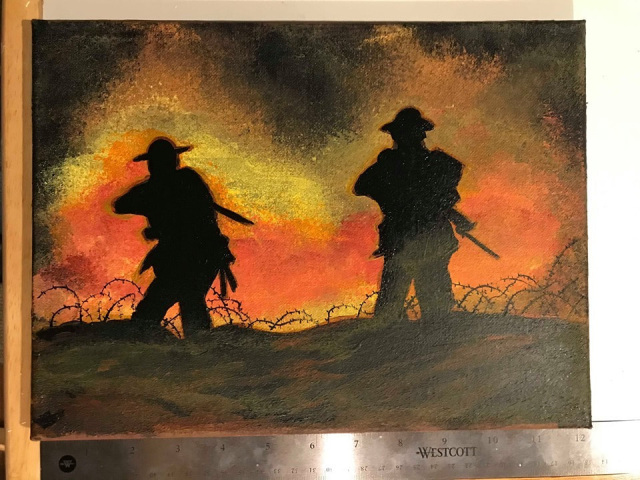 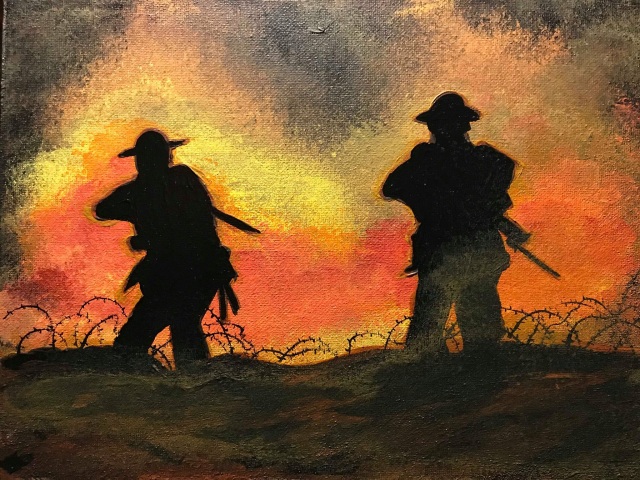 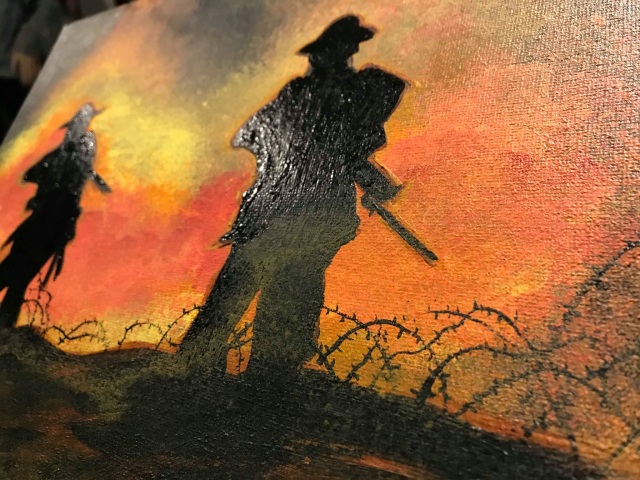 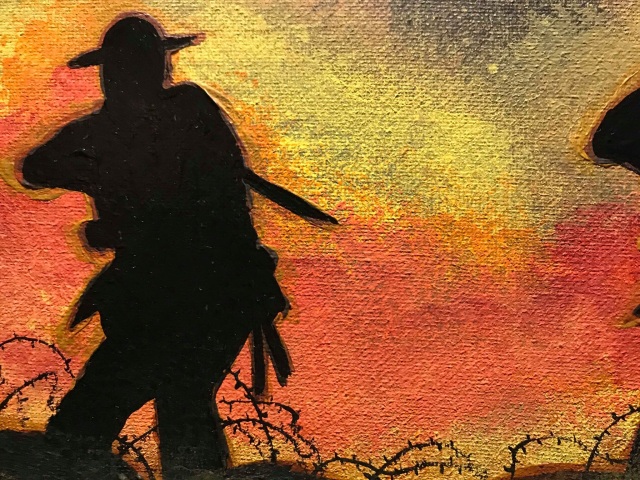 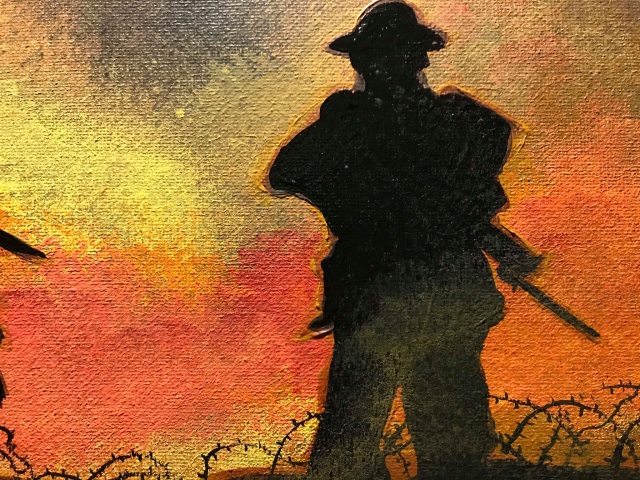 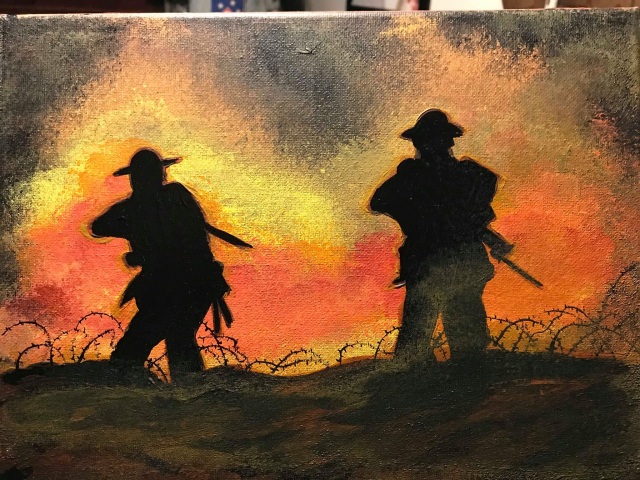 Out of the Trench

I have a morbid curiosity with the First World War. I’ve also had nightmares about it when I was kid. I don’t know if that’s because that war was what the old people back then described as hell, or if I was there in a past life or what. Who knows, maybe I saw a graphic documentary on in I was a little too young for one.

Battlefield 1 is one of my favorite games ever, Storm of Steel by Ernst Younger is probably my favorite book, One by Metallica is the greatest and best song in the world (Although Johnny Got His Gun is god awful), and 1917 may be the most perfect example of cinematography.

Anyway, I was working on a new technique with acrylic paints and I like how this turned out.